We believe in Nature Power

In this modern time ,human race get far away from his nature. We have a lot of progress in medicine field. but there is missing an important key in health and treatments . that key is human relation with nature . as we develop our lives and society we had been forgotten our relation by nature. We begun our healthcare by scientific experiences without review our ancient history in medical field.

Our target is to reconnect to nature ، resuscitate traditional medicine and develop Traditional and complementary , Alternative Medicine in the world.

Our students will be the pioneers of the health and treatment in natural healing , Alternative medicine and traditional medicine .

We pay a heavy price for our modern, hectic lifestyle, with its consumerism, stress, pollution, drugs, and environmental poisons. In a health care world increasingly viewed as oppressive and dotted with health care scandals, the public is showing increasing interest in complementary and alternative medicine. Studying alternative medicine for your personal benefit, or to make it your profession, is a way to help today’s patients feel listened to as well as cared for.

In many parts of the world, where medicine are not readily available or affordable, the public continue to rely on medicines used traditionally in their cultures. At the same time, affluent consumers in the industrialized world are spending their own money on healthcare approaches that fall outside what has been considered mainstream medicine.

In the recent past there has been a growing interest in Traditional medicine/Complementary and Alternative Medicine (TCAM) and their relevance to public health both in developed and developing countries. Diversity, flexibility, easy accessibility, broad continuing acceptance in developing countries and increasing popularity in developed countries, relative low cost, low levels of technological input, relative low side effects and growing economic importance are some of the positive features of traditional medicine (WHO 2002).

Irani-tebb or Irani Traditional Medicine, also called Tebb e Sonnati is one of famous forms of traditional medicine which is grounded in the four humours concept: Phlegm (Balgham), Blood (Dam), Yellow bile (Ṣafrā’) and Black bile (Saudā’). Some traditional medicine forms are in this base. Unani and Graeco-Arabic are the most famous of that. It is based on the teachings of Greek physician Hippocrates and Roman physician Galen, and developed by Rhazes, Avicenna (Ibn Sena) into an elaborate medical system.

We bring Quality and Ability

Our mission is to introduce Iranian Traditional Medicine to the world

We have students from whole country

We have students from whole country

A SCIENTIFIC TRIP TO ARMENIA 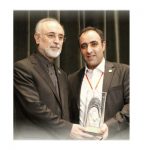 FACULTY LECTURE AT THE BEGINNING OF THE NEW TERM

Alternative medicine is a term that describes medical treatments that are used instead of traditional (mainstream) therapies. Some people also refer to it as “integrative,” or “complementary” medicine.

About 40% of adults in the United States say they use some form of alternative medicine. But exactly what types of therapies are considered alternative? The definition changes as doctors test and move more of them into the mainstream.

Holistic medicine is a term used to describe therapies that attempt to treat the patient as a whole person. That is, instead of treating an illness, as in orthodox allopathy, holistic medicine looks at an individual’s overall physical, mental, spiritual, and emotional well-being before recommending treatment. A practitioner with a holistic approach treats the symptoms of illness as well as looking for the underlying cause of the illness. Holistic medicine also attempts to prevent illness by placing a greater emphasis on optimizing health. The body’s systems are seen as interdependent parts of the person’s whole being. Its natural state is one of health, and an illness or disease is an imbalance in the body’s systems. Holistic therapies tend to emphasize proper nutrition and avoidance of substances—such as chemicals—that pollute the body. Their techniques are non-invasive.

Some of the world’s health systems that are holistic in nature include naturopathic medicine, homeopathy, and traditional Chinese medicine. Many alternative or natural therapies have a holistic approach, although that is not always the case.